JUDGES CAN TESTIFY AS FACT WITNESSES IN ATTORNEY DISCIPLINE CASES 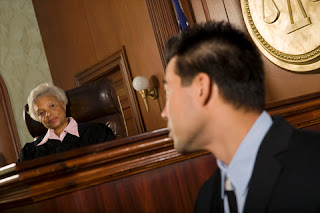 Judge Isgur was the primary witness against attorney Mark Cantu at the disciplinary trial that resulted in Cantu’s disbarment. Judge Isgur had presided over Cantu’s personal bankruptcy proceeding. He denied a bankruptcy discharge because of misconduct by Cantu during that proceeding and prepared a 72-page Memorandum Opinion explaining his decision, which he forwarded to the State Bar. Based on the conduct outlined in the Opinion, the Commission for Lawyer Discipline brought a disciplinary action against Cantu, and Judge Isgur testified at the trial. “Judge Isgur’s testimony was relatively brief but certainly damaging to Cantu.” Among other things, Judge Isgur testified that Cantu: “displayed a pattern of omission, obfuscation and noncompliance”; “had given false oaths in the bankruptcy court”; “improperly concealed and transferred assets”; “refused to comply with lawful Court orders”; “failed to keep adequate records” as required by the Bankruptcy Code; and “withheld information from the trustee.” The jury found against Cantu, and he was disbarred.

The Corpus Christi Court of Appeals reversed, however, finding that the trial court committed reversible error by allowing Judge Isgur to testify. The appellate court relied heavily on the Texas Supreme Court’s precedent in Joachim v. Chambers, in which the Court disapproved of the admission of expert testimony by a judge in a legal malpractice case. The Supreme Court disagreed with this application of Joachim. It distinguished the Cantu situation from that present in Joachim, because Judge Isgur was testifying as a fact witness regarding conduct he personally observed, as opposed to the judge in Joachim who had no involvement in the underlying trial and was testifying as a retained expert. The Court noted that nothing in the case law or the Texas Code of Judicial Conduct prevents a judge from testifying as a fact witness in a case. And disallowing such testimony in disciplinary proceedings would “place judge-initiated grievances at an artificial disadvantage relative to other grievances in which the complainant may freely testify.” Judges have an ethical responsibility to report instances of attorney misconduct, and it would not make sense to then prevent the complaining judge from testifying at the disciplinary proceeding. So the Court reversed the Court of Appeals decision and remanded the case for consideration of Cantu’s other arguments.