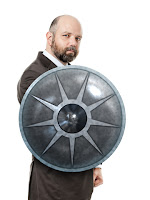 Can the affirmative defense of attorney immunity be used to dismiss a case under Rule 91a? Yes, says the Supreme Court of Texas, affirming the ruling of the Dallas Court of Appeals.

The plaintiff’s husband was killed in a car accident while towing a trailer. She first sued the trailer’s manufacturer, alleging that the brakes were faulty. The law firm representing the manufacturer, Quilling Selander, took possession of the trailer and performed testing on the brakes in conjunction with its hired expert. The testing resulted in the disassembly and ultimate destruction of allegedly key evidence against the manufacturer. The plaintiff then sued Quilling Selander under various tort theories for destruction of another’s property, the trailer.

Quilling Selander moved to dismiss under Rule 91a, arguing that all the claims were barred by the attorney-immunity doctrine because all actions it took were in connection with representing a client. The trial court granted the motion and the Dallas Court of Appeals affirmed.

The two questions presented to the Court were: (1) Can a court consider an affirmative defense in deciding a Rule 91a motion when the rule limits a court’s consideration only to “the pleading of a cause of action,” and (2) Is alleged criminal conduct categorically exempt from attorney immunity?

Rule 91a permits the dismissal of a cause of action that “has no basis in law or fact.” But, in considering the motion, the rule states the court may only consider the cause of action as pleaded, without any additional evidence. The plaintiff argued that this standard excluded the attorney-immunity doctrine from the court’s purview because such an affirmative defense was outside the “cause of action” pleaded in the petition.

The Court disagreed, making a distinction between the factual scope of the court’s consideration and the legal theories it may apply. Although the court is limited to the “allegations” supporting the cause of action, Rule 91a did not restrain the “universe of legal theories by which the movant may show the claimant is not entitled to relief based on the facts as alleged.”

After ruling that a properly pleaded affirmative defense can be considered, the Court then considered whether the trial court properly dismissed the claims based on the allegedly criminal conduct of the law firm. In Cantey Hanger, LLP v. Byrd, the Court declined to recognize fraud as an exception to the attorney immunity defense, stressing that the inquiry concerned the “kind” of conduct alleged, not the “wrongfulness” of the actions.

The same was true as to conduct alleged to be criminal in nature. The proper question to ask was: Does the attorney’s conduct involve providing legal services to represent a client? The plaintiff’s labelling of such actions as criminal was irrelevant.

Therefore, while an attorney who punches an opposing counsel would not have immunity, when Quilling Selander “examined and tested evidence during discovery” in representing its client, the law firm was immune from its opposing party’s tort claims.