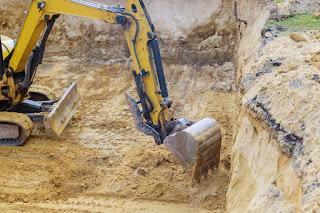 The Dallas Court of Appeals affirmed summary judgment for a general contractor, holding its subcontractor was bound by the contract price, even if the subcontractor underestimated the amount of work required to complete the project.
Lancaster ISD hired Pogue Construction to build two elementary schools. Pogue subcontracted the excavation work on one of the sites to Bright Excavation for $945,000. The subcontract required Bright to “excavate to the top of the tan limestone as verified by the geotechnical representative.” The bid package had instructed bidders to “assume six feet of remove and replace would be necessary.” After reviewing the initial geotechnical report of subsurface conditions, Bright estimated only between two and four feet of excavation would be required, and priced its bid accordingly. Unfortunately, this estimate proved to be inadequate, and Bright claimed it incurred over $325,000 in expenses beyond what it had projected. Pogue rejected Bright’s request for a change order increasing the contract amount, and Bright sought unsuccessfully to recover over $760,000 from Pogue’s payment bond surety, Hartford Insurance.

Bright sued Pogue and Hartford for breach of contract, payment on the bond, and assorted torts. Pogue counterclaimed to recover its attorney’s fees under the terms of the subcontract. The trial court entered summary judgment for Pogue and awarded its fees.

On appeal, Bright argued summary judgment was improper because the subcontract was ambiguous regarding the depth to which Bright was required to excavate within the $945,000 subcontract price. The Court of Appeals summarized Texas law governing the determination of contractual ambiguity, and reviewed the terms of the subcontract and related documents on which Bright relied. The Court concluded the subcontract was not ambiguous: “Bright, not Pogue or the school district, assumed the risk of the conclusions and interpretations Bright made based on the subsurface information contained in the geotechnical report.” Absent a breach of contract, Bright’s claim on the payment bond and tort claims against Pogue also failed.