GOVERNMENT HOSPITAL NOT IMMUNE FROM SUIT FOR MISPLACED SURGICAL SPONGE 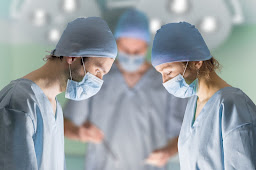 A divided Dallas Court of Appeals panel held the University of Texas Southwestern Medical Center (UTSW) does not have governmental immunity in a lawsuit arising from a medical team’s failure to remove a sponge during surgery.
As a breast reconstruction operation neared conclusion, the medical staff reported one of the surgical sponges used to absorb blood during the operation was missing. After a visual search of the surgical field did not reveal the location of the sponge, the doctor ordered x-rays with a portable x-ray machine. The missing sponge did not appear on x-rays of the chest and abdomen. The patient’s position did not allow x-rays of the pelvic area, but the doctor was confident the sponge would not have been there, and concluded the sponges must have been miscounted. The surgery was concluded and the patient was sent to intensive care for recovery. The search for the missing sponge added several hours to what normally would have been a six-hour surgery.
While the patient was recovering, an x-ray of her pelvic region revealed the missing sponge, which was then removed in a second surgery. The patient developed post-operative complications that required four additional surgeries. The patient sued UTSW for medical negligence. UTSW filed a plea to the jurisdiction on the grounds that as a governmental hospital, it is immune from the patient’s suit. The trial court denied the plea, finding immunity was waived under the Texas Tort Claims Act. UTSW appealed.
On appeal, the dispositive issue was whether UTSW’s governmental immunity was waived because the alleged injuries were caused by the negligent “use of tangible personal … property” under the TTCA, TEX. CIV. PRAC. & REM. CODE §101.021(2). Two separate items were at issue—the surgical sponge and the x-ray machine. UTSW argued that the claims “arise from the surgeons’ allegedly negligent medical judgment, for which immunity is not waived.” The Court affirmed the trial court’s holding as to both items, after a painstaking review of cases applying the “use of personal property” waiver of immunity, including University of Texas M.D. Anderson Cancer Center v. McKenzie, 578 S.W.3d 506 (Tex. 2019). Justice Partida-Kipness’s majority opinion, rejecting UTSW’s argument, emphasized that the doctor’s “erroneous decision to call off the search and close the remaining incisions followed the allegedly negligent use of the sponge.” Likewise, according to the majority, immunity was waived by the allegation and jurisdictional evidence that “UTSW used the machine negligently by failing to x-ray the entire surgical field.”
Justice Bridges joined the majority’s conclusion that UTSW waived immunity “for negligent use of the sponge during the operation.” He dissented, however, from the holding concerning use of the x-ray machine, arguing that the majority improperly expanded the Texas Supreme Court’s holding in McKenzie “to create jurisdiction where none exists.” Offering a detailed rebuttal to the majority’s review of the case law, Justice Bridges concluded the “negligence claims alleging misuse of the x-ray machine are artfully pleaded complaints about UTSW surgeons’ and radiology staff’s medical judgments, rather than use or misuse of tangible personal property.”