TAX-COLLECTION LAW FIRM IS NOT IMMUNE FROM VENDOR’S SUIT 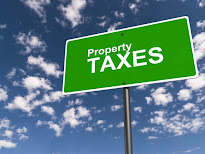 A law firm that collects delinquent tax accounts for Dallas County and other taxing entities is not protected by governmental immunity from lawsuits by its subcontractor, according to the Dallas Court of Appeals. Importantly, the case did not involve claims brought by taxpayers.
The Linebarger law firm contracted to perform tax-collection services for Dallas County and other taxing entities, and subcontracted title-abstract services to TinStar. When TinStar sued Linebarger for breach of contract and various business torts, Linebarger asserted governmental immunity in a plea to the jurisdiction. The trial court denied the plea, and Linebarger filed both an interlocutory appeal and a mandamus petition.
The Dallas Court of Appeals first held it lacked jurisdiction to consider Linebarger’s interlocutory appeal under Civil Practice and Remedies Code § 51.014(8), which authorizes interlocutory appeals from orders granting or denying a plea to the jurisdiction by a “governmental unit.” At least in the context of a private dispute between Linebarger and one of its subcontractors, the Court found Linebarger is not a “governmental unit” as that term is defined in the Tort Claims Act, CPRC § 101.003(a). The Court distinguished University of the Incarnate Word v. Redus, 518 S.W.3d 905 (Tex. 2017), in which the Supreme Court extended governmental immunity to a private university defending the actions of its police department created under express legislative authority because the “department was part of the state’s larger law enforcement system.”
The Court held it could address Linebarger’s mandamus petition under its original-proceeding jurisdiction, but denied mandamus relief. The Tort Claims Act retains governmental immunity for claims arising in connection with the assessment or collection of taxes by a governmental unit. CPRC § 101.055(1). Following Brown and Gay Eng’g v. Olivares, 461 S.W.3d 117 (Tex. 2015), however, the Court found that Linebarger’s contract with the County made Linebarger an independent contractor and that the County did not “control in any way how Linebarger used title abstractors to perform its contract with the County.” It distinguished several previous cases invoking governmental immunity, because those cases involved “taxpayers asserting claims for actions taken by the taxing authority through Linebarger as its agent”—not for the law firm’s “independent actions.”