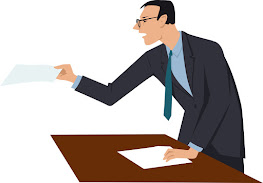 Does an attorney’s appearance and participation in a TRO hearing and entrance into a Rule 11 agreement constitute a general appearance? Yes, under certain circumstances.
AmeriHealth Laboratory executed a consulting agreement with Final Inch, a Florida corporation, which was signed by Final Inch’s CEO, Aaron Kaufman, a Florida resident. AmeriHealth later sued both Kaufman and Final Inch. It also sought a TRO.
The trial court granted the TRO the same day the lawsuit was filed, after a non-transcribed hearing. However, Kaufman’s attorney appeared at the hearing, did not limit his appearance on Kaufman’s behalf, and actively argued against the entrance of the TRO by challenging the underlying facts concerning his client’s personal liability.
After the hearing, the trial court ordered the parties to confer concerning expedited discovery. The parties reached an agreement, which the court orally entered into the record. The Rule 11 agreement also extended the TRO. Kaufman’s attorney confirmed the agreement, making one modification to the discovery requests. He also agreed with AmeriHealth’s request for the trial court to order compliance with the parties’ agreement.
Kaufman filed his special appearance a week later, arguing that the court lacked personal jurisdiction over him. The trial court denied the special appearance, and the Dallas Court of Appeals affirmed, finding that his attorney’s actions on the day the lawsuit was filed constituted a general appearance and waived the grounds asserted in the special appearance.
A party makes a general appearance if, without limitation, the party “(1) invokes the judgment of the court on any question other than the court’s jurisdiction, (2) recognizes by its acts that an action is properly pending, or (3) seeks affirmative relief from the court.”
While noting that simply appearing at an ancillary hearing, such as on a TRO application, does not always waive jurisdictional objections, the Court of Appeals found the attorney’s level of active participation here did. Kaufman’s attorney was not an “observer or silent figurehead.” He challenged the underlying facts supporting the TRO, and he “sought and obtained affirmative relief” in the Rule 11 agreement. These activities prior to filing a special appearance distinguished the conduct from other cases holding that an appearance on matters that are “prior to the main suit” do not constitute a general appearance.
The lesson to be learned: if you plan to challenge personal jurisdiction, those words should be the first ones out of your mouth. And they should be on the record.