ONCE MORE, WITH FEELING: BUSINESS ENTITIES MUST BE REPRESENTED IN COURT BY A LICENSED ATTORNEY 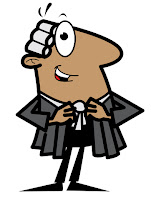 The Dallas Court of Appeals reminded us today that business entities in the State of Texas cannot appear in court pro se or through non-lawyer employees or members. Generally, except for the performance of ministerial tasks (like posting bond), only a licensed attorney may represent a business entity in a Texas court. The rule originated with respect to corporations in Kunstoplast of America, Inc. v. Formosa Plastics Corp., U.S.A., 937 S.W.2d 455 (Tex. 1996). It now extends to virtually all “fictional legal [business] entities,” including partnerships and limited liability companies. See, e.g., Sherman v. Boston, 486 S.W.3d 88, 95-96 (Tex. App.—Houston [14th Dist.] 2016, pet. denied). “Allowing a non-attorney to present a company’s claim would permit the unlicensed practice of law.” Id. (trial evidence presented for LLC by non-lawyer “had no legal effect” and was “legally insufficient to support a judgment”). The rule applies in all courts, trial and appellate—other than small claims courts, for which there is an express statutory exception. Tex. Gov’t Code § 28.003(e) (“A corporation need not be represented by an attorney in small claims court.”).

Here, R2Go’s counsel was allowed to withdraw from the appeal. When the LLC did not obtain replacement counsel, despite having been warned and ordered to do so, the Dallas Court dismissed its appeal, because it could not proceed with its appeal without being represented by a licensed attorney.