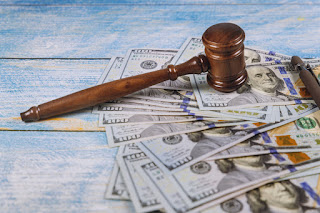 The Supreme Court of Texas reversed an attorney sanctions award of over $133,000, holding there was no evidence of bad faith by the sanctioned attorney. The movants alleged that attorney Bill Brewer, as counsel for the plaintiffs in a serious personal injury matter, conducted a “push poll” shortly before trial with the intention of influencing the potential jury pool. After seven days of evidentiary hearings, the trial court did not find that Brewer violated any disciplinary rules or other applicable authority, but instead concluded that Brewer’s conduct “taken in its entirety,” including actions of his agents and subordinates, was “an abusive litigation practice that harms the integrity of the justice system and the jury trial process” and was “intentional[,] in bad faith[,] and abusive of the legal system and the judicial process specifically.” The trial court also found Brewer’s attitude in response to the sanctions motion “concerning” due to his (1) “nonchalant and uncaring” demeanor and (2) allegedly “repeatedly evasive” responses to questioning.

The Amarillo Court of Appeals affirmed, holding that the trial court had the authority to impose the sanctions and that the record supported the trial court’s “perce[ption] [that] Brewer’s ‘intentional and bad faith’ conduct in connection with the telephone survey” imperiled the court’s core judicial functions of “empanel[ing] an impartial jury and try[ing] a case with unintimidated witnesses.”

But the Supreme Court disagreed. First, it concluded that a court’s inherent power to sanction attorney conduct requires a finding of bad faith. It defined “bad faith” as “not just intentional conduct but intent to engage in conduct for an impermissible reason, willful noncompliance, or willful ignorance of the facts.” “Errors in judgment, lack of diligence, unreasonableness, negligence, or even gross negligence—without more—do not equate to bad faith.” Next, although the Court agreed that certain aspects of the survey were “reasonably disconcerting to the trial court,” it found “no evidence of bad faith in the attorney’s choice to conduct a pretrial survey or in the manner and means of its execution.” The Court focused on the common use of surveys in pre-trial preparation; the lack of guidelines or rules in the particular jurisdiction concerning the proper use of surveys; the use of third-party professionals in the drafting and execution of the survey; and Brewer’s limited involvement in drafting the survey questions and selecting the potential survey participants.

Finally, the Court considered whether Brewer’s demeanor and attitude during the sanctions hearing could provide an alternate basis for the sanctions. It concluded it did not, finding no evidence in the record that Brewer’s behavior interfered with the administration of justice, detracted from the trial court’s dignity and integrity, or even prolonged the hearing to any measurable degree. The Court therefore vacated the sanctions order.

In his concurring and dissenting opinion, Justice Boyd questioned how the Court could find “no evidence” of bad faith given that the “trial court entered specific fact findings after conducting a hearing over the course of seven days, and three distinguished appellate jurists—after making ‘an independent inquiry of the entire record,’ including ‘the evidence, arguments of counsel, written discovery on file, and the circumstances surrounding the party’s sanctionable conduct’—unanimously agree that some evidence supports the trial court’s findings.” But, he found it “far more important and concerning” that the Court’s requirement of “bad faith” in order for a trial court to exercise its inherent authority to sanction “unnecessarily handcuffs our state’s trial courts and undermines the very reason they possess inherent authority in the first place.”