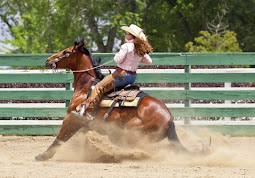 In a pair of opinions this week, the Dallas Court of Appeals continued its trend of holding the TCPA inapplicable to many private business disputes. Palladium arose from a disagreement regarding a joint venture to acquire and re-sell scrap metals. Woods Capital grew out of a failed agreement for the sale of a large tract of commercial real estate. In each case, the Court of Appeals held the TCPA’s free-speech and right-of-association protections did not apply to communications and conduct focused on the business dealings of the parties involved. In each case, the Court referenced the stated purpose of the TCPA to protect “public participation” and drew upon the Supreme Court’s decision last year in Creative Oil & Gas, LLC v. Lona Hills Ranch, LLC, 591 S.W.3d 127 (Tex. 2019). A sampling of the Court’s observations in the two cases:
• “The TCPA’s purpose of curbing strategic lawsuits against public participation is not furthered by a construction finding a right of association based simply on communications between parties with a shared interest in a private business transaction.”
• Rejecting a TCPA free-speech attack, the Court held the allegations targeted by the motion “lack any communications regarding matters of public concern as opposed to private pecuniary interests and thus do not implicate the TCPA’s protection of Palladium’s exercise of the right of free speech.”
• Acknowledging that the TCPA defines “matters of public concern”—the linchpin of TCPA free-speech protection—to include “issues related to health or safety; environmental, economic, or community well-being; the government; a public official or public figure; or a good, product, or service in the marketplace,” the Court cautioned that “not every communication related to one of the broad categories set out in [the statute] always regards a matter of public concern.” Because the record was “devoid of allegations or evidence that the dispute had any relevance beyond the pecuniary interests of the private parties involved,” the Court refused to find TCPA free-speech protections applicable.
• “This Court has consistently held that to constitute an exercise of the right of association under the TCPA, the nature of the communication between individuals who join together must involve public or citizen participation.”
Beyond its pronouncements on the applicability of the TCPA to business disputes, each decision also included an additional holding to which litigants should be alert. In Palladium, the Court held the TCPA movant had waived its objections to the non-movants’ evidence because it had not obtained a ruling on those objections and had not objected to the trial court’s failure to rule.
In Woods Capital, the Court ruled that the movant had “forfeited its [TCPA] motion” by failing to schedule a hearing within the period prescribed by statute. The TCPA allows the parties to delay a hearing by agreement for up to 90 days after service of the motion. A hearing may be delayed up to 120 days only if the court, upon a showing of good cause, “allows” limited discovery related to the TCPA motion. Reaffirming its ruling earlier this summer in Walker v. Pegasus Eventing, LLC, the Court held that the parties’ agreement to conduct discovery and the court’s acquiescence does not equate to “allowance” by the court that triggers the extra 30 days. Consequently, failure to schedule a hearing within the 90-day period, without court “allowance” of discovery, resulted in forfeiture of the motion.