ANDERS AND THE SECOND MILE 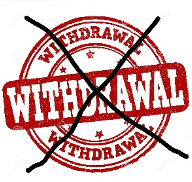 In Anders v. California, 386 U.S. 738 (1967), the United States Supreme Court established a procedure for how appointed counsel for a criminal defendant must deal with the client’s request to pursue an appeal when that lawyer knows that any appeal would be frivolous. In short, that lawyer must file the appeal as requested, but prepare and file a brief that examines the law and the record in detail and explains why there are no arguable grounds for reversal. Anyone who has ever written an “Anders brief” knows it is a soul-crushing experience, contrary to every advocate’s basic instincts. Because the client understandably feels betrayed by the lawyer’s performance of his duty to the legal system under Anders, the brief is accompanied by a motion to withdraw as counsel for that client. And in the federal criminal system, when the appeals court agrees with the lawyer’s analysis and decides the appeal lacks merit, that motion to withdraw is routinely granted. But there’s a twist in Texas.
Texas courts have extended Anders to parental termination cases. See In re D.D., 279 S.W.3d 849, 850 (Tex. App.—Dallas 2009, pet. denied). In J.L.B., the counsel appointed for a mother in a parential rights dispute duly followed the Anders procedure and filed a brief that “professionally evaluate[d] the record and demonstrate[d] that there are no arguable grounds for reversal.” The appeals court affirmed the ruling the mother had sought to overturn. But it denied the attorney’s motion to withdraw. The Court reminded us that here, an appointed counsel’s obligations extend through a potential petition for review to the Supreme Court of Texas. “If Mother, after consulting with counsel, desires to file a petition for review, counsel must file a petition for review that satisfies Anders.” Counsel must walk the second mile. “[T]he appeal’s frivolousness … is not sufficient good cause for withdrawing” before that task is done.