SCOTx: No “Informal” Fiduciary Duty from Corporate Director to Shareholder, Regardless of Pre-Existing Relationship of Trust and Confidence

In the Matter of the Estate of Richard C. Poe 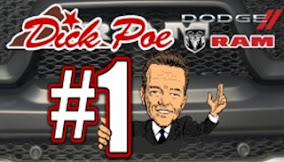 In Ritchie v. Rupe, the Texas Supreme Court held that, “[a]bsent a contractual or other legal obligation, [an] officer or director [of even a closely held corporation] has no duty to conduct the corporation’s business in a manner that suits an individual shareholder’s interests.” Instead, officers and directors owe fiduciary duties only to the corporation, itself, including “the dedication of [their] uncorrupted business judgment for the sole benefit of the corporation.” But what if a director has a relationship of trust and confidence with a shareholder that arose prior to and independent of their relationship as director and shareholder? The Supreme Court has held previously that such a relationship can give rise to an “informal fiduciary duty.” Can a director simultaneously owe both (i) conventional fiduciary duties to the corporation and (ii) an “informal” fiduciary duty to an individual shareholder, based on their pre-existing relationship? Is the latter an “other legal obligation” that is the exception to the rule as announced in Ritchie? In Poe, the Supreme Court answered, no, “a director cannot simultaneously owe these two potentially conflicting duties.”

Richard C. (“Dick”) Poe operated several car dealerships in El Paso. He consolidated control of them in PMI, a Texas corporation, which was the general partner of several limited partnerships that, in turn, owned and operated the dealerships. Poe’s son, Richard, was the sole shareholder of PMI. But Richard gave his father, Dick, an irrevocable proxy to vote those shares, and Dick was the sole director of PMI. In 2015, Dick caused PMI to issue additional shares of stock, which he bought from PMI for $3.2 million. These new shares made Dick the majority shareholder. Son Richard was not notified of these additional shares until after Dick died, shortly after the shares were issued. Richard sued Dick’s longtime accountant, his office manager, and his attorney for, among other things, conspiring with Dick to breach his fiduciary duties both to PMI and to Richard in issuing the new shares to himself. Richard contended his father’s “informal” fiduciary duty to him, arising from their longstanding relationship of trust and confidence, triggered the “other legal obligation” language of Ritchie, meaning that Dick owed fiduciary duties to Richard, individually, as well as to PMI.

A unanimous Supreme Court of Texas disagreed, holding that

Because the trial court erred by allowing the jury to decide about the existence and breach of an alleged “informal” fiduciary duty from Dick to Richard, the Supreme Court reversed and (i) rendered judgment against Richard on his claims for breach of an “informal” fiduciary duty, and, (ii) because of other errors in the charge, remanded for a new trial on the remaining issues