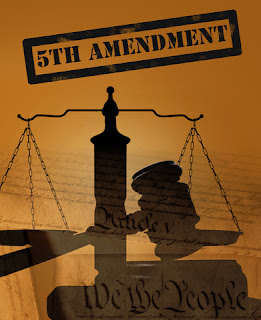 While Lurks was attending to a disabled car in the right lane of the I-20 frontage road, Heitzman struck that car from behind, seriously injuring Lurks. Heitzman failed a field sobriety test at the scene, was arrested, and then tested well above the legal limit for blood alcohol. Lurks sued Designer Draperies and Floors (“DDF”), arguing that when Heitzman became intoxicated and decided to drive anyway, he was acting as a “vice principal” of DDF. “In other words, Lurks urge[d] that DDF step[ped] into the shoes of Heitzmann and is, therefore, directly liable for Lurks’s injuries.”
The trial court, however, granted summary judgment to DDF, and the Court of Appeals affirmed. There was some evidence—and potential inferences from Heitzman’s invocation of his Fifth Amendment rights in his deposition—that Heitzman “consum[ed] alcoholic beverages at DDF’s workplace, that he was drinking with employees of DDF, and, perhaps, that someone encouraged him to drive.” But none of this was sufficient even to raise a fact question that Heitzman’s conduct was “referable to DDF’s business,” which the Court ruled was essential to a “vice principal” theory of liability against DDF.
Along the way, the Court assumed, without deciding, that “a jury would be allowed to draw negative inferences regarding Heitzmann’s assertion of his Fifth Amendment privilege.” Because of the Court’s determination that Lurks had failed to adduce any evidence that Heitzman’s alleged misconduct was “referable to DDF’s business,” indulging this assumption didn’t matter. But it wades into murky waters. Heitzman was not a party to the lawsuit, even though his actions were a focus of the case. The question whether a witness’s invoking the Fifth will give rise to a negative inference against someone else is difficult, to say the least. The answer may differ depending on whether the issue arises in Texas or federal court, and whether the witness can be said to have been acting for the other party such that his or her invocation of privilege can be attributed to that party as his words would have been under Tex. R. Evid. 801(e)(2)(D). Compare, e.g., P.C. as next friend of C.C. v. E.C., 594 S.W.3d 459, 461-65 (Tex. App.—Fort Worth 2019, no pet.), with Wil-Roye Inv. Co. II v. Washington Mut. Bank, FA, 142 S.W.3d 393, 403-07 (Tex. App.—El Paso 2004, no pet.).