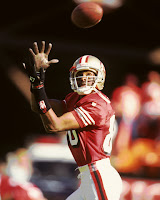 Jones was appointed as Receiver in a divorce case, to take charge of, maintain, and sell a building that was part of the marital estate. When Jones ended up selling the building for far less than had been hoped, Manning, one of the divorcing parties, sued Jones for her supposed failures in managing and selling the property. The trial court, however, granted summary judgment to Jones based on “derived judicial immunity,” and the court of appeals affirmed.

Judges enjoy absolute immunity for “all judicial acts unless such acts fall clearly outside the judge’s subject-matter jurisdiction.” When a judge delegates his or her authority or appoints someone to perform services for the court, that person may have “derived judicial immunity” for performing those delegated responsibilities. A “person entitled to derived judicial immunity receives the same absolute immunity from liability as a judge acting in his or her official judicial capacity.”

Texas uses a “functional approach” to decide whether a party is entitled to derived judicial immunity. One may claim such immunity if he or she carried out duties “intimately associated with the judicial process” and “exercised discretionary judgment comparable to a judge, as opposed to ministerial or administrative tasks.” Such immunity has been extended to trustees and receivers, among others.

The acts and omissions of which Manning complained were clearly the product of discretionary judgments by Jones on matters delegated to her by the court. So, just as the NFL’s all-time leading receiver Jerry Rice (above) seemed immune from defenders seeking to hold him in check, so also was Jones immune from Manning’s attempts to hold her accountable for her actions as Receiver here.