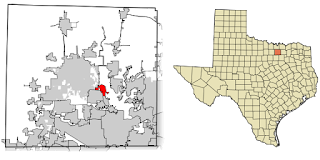 Sarah Swanson sued the Town of Shady Shores for wrongfully terminating her employment as town secretary in retaliation for her having reported violations of the Texas Open Meetings Act (TOMA) and Public Information Act. The Town filed a plea to the jurisdiction asserting governmental immunity, and Swanson amended her petition to add claims for declaratory judgment and constitutional free-speech violations. The Town then amended its plea and filed traditional and no-evidence motions for summary judgment. The trial court dismissed some of Swanson’s claims on jurisdictional grounds, but denied summary judgment on other claims, including her claim for declaratory judgment.

The Town filed an interlocutory appeal on the jurisdictional issues. The Fort Worth Court of Appeals affirmed in part and reversed in part. Specifically, the court held: (1) the trial court correctly denied the Town’s no-evidence motion for summary judgment because that was not a proper procedural vehicle to challenge jurisdiction; (2) the Uniform Declaratory Judgment Act (UJDA) does not “provide a general waiver of immunity,” but TOMA waives immunity with respect to Swanson’s request for declarations on certain statutory violations; (3) the Town’s jurisdictional evidence did not “negate” jurisdiction, so its traditional summary judgment motion was properly denied; (4) TOMA did not waive immunity on Swanson’s claim for back pay; and (5) Swanson failed to alleged viable constitutional claims so the Town was immune from those claims.

Swanson did not seek supreme court review of the dismissal of her claims for back pay or constitutional violations. The Town filed a petition for review of other rulings, which the Supreme Court granted. After confirming its jurisdiction, the Court reversed the appellate court’s ruling on two issues and remanded for resolution of remaining issues.

First, resolving a split among the lower courts, the Court held jurisdiction could properly be determined on a no-evidence summary judgment motion, provided the nonmovant was accorded “adequate time for discovery” and other safeguards provided by the rule.

Second, the Court held that the mandatory provisions of TOMA are enforceable only by mandamus or injunction under Government Code § 551.142, not by declaring an offending action “void” under § 551.141. The Court explained that “while the Legislature has expressly authorized a suit for declaratory judgment against the government in other statutes, it has not done so in the Open Meetings Act.” And the UDJA waives immunity only for requests to determine a “question of construction or validity arising under [a statute] and obtain a declaration of rights, status, or other legal relations thereunder.” CPRC § 37.004(a).

The Court acknowledged it had previously “affirmed or rendered declaratory judgments premised on violations” of TOMA, but noted the jurisdictional issue had not been presented or addressed in those cases. It declined to “ascribe to tacit acceptance the same significance we would give to an express consideration and analysis of the issue.”

Finally, the Court considered Swanson’s “standalone” claim under TOMA. Although she had not sought review of the appellate court’s sua sponte ruling she had not asserted such a claim, the Supreme Court held she had not waived her objection to that ruling because it was not part of the judgment. Reviewing the record, the Court held Swanson had asserted claims for mandamus and injunctive relief under TOMA that the lower court had not addressed. The case was therefore remanded for further consideration by the court of appeals.