LIMITATIONS: NO FRAUDULENT CONCEALMENT BASED ON NONDISCLOSURE AFTER PHYSICIAN-PATIENT RELATIONSHIP ENDS 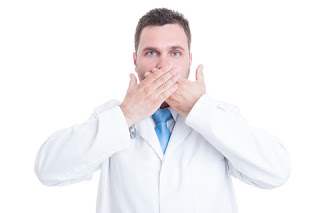 Stephen Courtney, an orthopedic surgeon, performed back operations on plaintiffs Tarrant and Kendrick at Baylor-Frisco, a physician-owned hospital in which Courtney holds an interest. During the surgeries, Courtney used devices and monitoring services supplied by entities that also were largely owned by him. Alleging Courtney performed the operations improperly and used inappropriate products and services to increase his profits, Tarrant and Kendrick sued. Although their lawsuit was filed after the statute of limitations had expired, plaintiffs contended Courtney and his associated entities should be barred from asserting a limitations defense because Courtney had fraudulently concealed his wrongdoing.

In so doing, the Court rejected plaintiffs’ argument that the tolling of limitations in a fraudulent-concealment case like this one should extend until the plaintiff discovers or reasonably could have discovered the physician’s fraudulent nondisclosure, rather than having the limitations clock begin ticking when the physician-patient relationship ends. The Court acknowledged the “logical force” of the argument but could find no authority to support it, and therefore declined to adopt that approach here.