IN A DERIVATIVE SUIT, CAN THE SAME LAWYERS REPRESENT THE LLC AND MEMBERS ACCUSED OF BEING ADVERSE TO THE LLC? MAYBE. 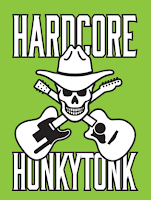 “Gone are the days when a family feud over a dance hall and saloon in the Fort Worth Stockyards would be solved by six-shooters. These days, we use lawyers instead of lead.” Still, the process can be unpleasant, if not deadly, for the lawyers as well as the parties.

Almost by definition, a derivative lawsuit pits a group of stakeholders who do not control an entity against other stakeholders or officers who do. Frequently, especially during the early rounds of these complex cases, the same lawyers are engaged to represent both the “inside” stakeholders and the entity itself—which is named as a plaintiff but also joined as a “nominal defendant” in such cases. In this particular derivative case—arising from a struggle for control of Billy Bob’s, the legendary Fort Worth honkytonk—the Texas Supreme Court was asked to decide whether attorney-conflicts rules and public policy prohibit a law firm from pursuing such a dual representation of both the entity and the controlling insiders. Its answer? Dual representation is okay this time, the Court decided, but maybe not in every case.

The Texas Supreme Court announced “no categorical rule governing dual representation in derivative litigation,” even though some jurisdictions have done so. The mere labels applied to the entity as both plaintiff and nominal defendant are not determinative, the Court said. Instead, the Supreme Court held “the proper inquiry is to look to whether the substance of the challenged representation requires the lawyer to take conflicting positions or to take a position that risks harming one of his clients”—i.e., a case-specific, functional analysis to decide “[w]hether a company and the individual defendants are ‘opposing parties’ for purposes of [Disciplinary] Rule 1.06(a).” This lawsuit, the Court observed, “is a fairly straightforward case about which ownership group controls the company’s decisions.” The true adversity, therefore, was between the “warring ownership factions,” rather than between either faction and the entity, so there was no disqualifying conflict. In fact, the Court said, in situations like this, involving a closely held entity, a trial court could simply treat the case “as a direct action” brought by one stakeholder against another, leaving the entity out of the conflicts equation entirely. Of course, if the derivative allegations in a case raised true questions of injury to the corporation purportedly caused by the insiders (for example, allegations of self-dealing or stripping corporate assets), the analysis of the propriety of dual representation of the entity and insiders might yield a different outcome. But that’s a question for another day.