“BOILERPLATE” IN JUDGMENTS HAS CONSEQUENCES 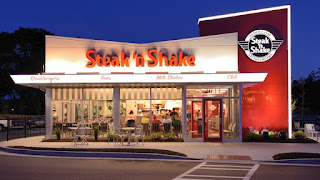 We’ve all included something like this in our proposed orders, submitted to the trial court at a summary judgment hearing: “After considering the pleadings, evidence, and arguments of counsel, the Court finds that the motion should be granted.” Standard. Professional. But innocuous, right? Not really, the Supreme Court tells us.

B.C., who worked at a Steak ‘n Shake, alleged her supervisor sexually assaulted her. Steak ‘n Shake moved for summary judgment, urging both traditional and no-evidence grounds. B.C. submitted a response (with over 400 pages of evidence attached) for electronic filing on the day it was due, but said “her filing was rejected ‘because one of the exhibits was not formatted for optical character recognition.’” She corrected the technical glitch and re-filed the next day—one day after the deadline, without seeking leave to file late. Steak ‘n Shake filed a reply and objected to the late filing. The trial court granted summary judgment to Steak ‘n Shake. Its summary judgment order made no mention of Steak ‘n Shake’s objection to the late-filed response and evidence, but did contain the broad recitation quoted above, that the court had “consider[ed] the pleadings, evidence, and arguments of counsel.” The court of appeals affirmed summary judgment for Steak ‘n Shake, concluding in the process that the trial court had not considered B.C.’s late-filed response and evidence, and that it could not do so on appeal.

But the Supreme Court disagreed, reversed, and remanded. The Court acknowledged that, where there is nothing in the record to indicate the trial court granted leave for a summary judgment response and evidence to be filed late, it is presumed leave was not granted and that the tardy filing was not considered by the court. But, the Court said, an appeals court should review the record thoroughly for any “affirmative indication that the trial court permitted [and considered] the late filing.” Here, it held, “the trial court’s recital that it considered the ‘evidence and arguments of counsel,’ without any limitation, is an ‘affirmative indication’ that the trial court considered B.C.’s response and the evidence attached to it.” The Court analogized to its longstanding approach when considering late-filed amended pleadings in advance of a summary-judgment hearing. Like the situation here, the rules prohibit amendment of pleadings, without leave, within seven days of a summary-judgment hearing. But “leave of court is presumed when a summary judgment [order] states that all pleadings were considered, and when, as here, the record does not indicate that an amended pleading was not considered, and the opposing party does not show surprise.” So, be careful with “boilerplate” language in proposed orders.

One more thing. You may be thinking: Was B.C.’s filing really late at all? Shouldn’t the filing of B.C.’s response simply have related back to the day before, the deadline day, when she submitted the technically defective e-filing? Unfortunately, that was not standard practice back in 2014 when B.C. attempted her e-filing. And both the Supreme Court and court of appeals ruled B.C. waived that argument because she didn’t assert it until her motion for rehearing en banc in the appeals court.