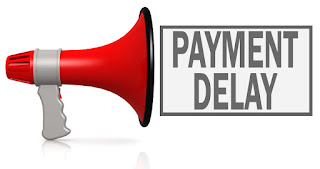 In three per curiam opinions, the Texas Supreme Court firmly rejected the argument that by eventually paying an appraisal award, an insurer can avoid liability under the Prompt Payment of Claims Act, chapter 542 of the Texas Insurance Code.

Alvarez and Lazos both involved claims of wind and hail damage to residential property. State Farm insisted the damage did not exceed the homeowners’ deductible, so the homeowners filed suit seeking contractual and extra-contractual damages. In each case, State Farm then invoked the policy’s standard appraisal clause, the trial court ordered an appraisal that resulted in an award greater than the insurer’s initial estimate, and State Farm paid the award. The homeowners pressed for additional damages attributed to Stare Farm’s failure to pay promptly, but the trial courts and appellate courts held such damages were barred by payment of the appraisal and entered take-nothing judgments. While review of these cases was pending, the Texas Supreme Court issued two opinions clarifying USAA Texas Lloyds Co. v. Menchaca, 545 S.W.3d 479 (Tex. 2018), which set forth rules governing the relationship between contractual and extra-contractual claims. In Barbara Technologies Corp. v. State Farm Lloyds, the Court held “payment in accordance with an appraisal is neither an acknowledgment of liability nor a determination of liability for purposes of … damages under section 542.060.” 589 S.W.3d 806, 820 (Tex. 2019). Likewise, in Ortiz v. State Farm Lloyds, the Court held “an insurer’s payment of an appraisal award does not as a matter of law bar an insured’s claims under the Prompt Payment Act.” 589 S.W.3d 127, 135 (Tex. 2019). The homeowners then amended their petitions in Alvarez and Lazos to abandon all claims except for damages under the Act. The Court reversed and remanded both cases to their respective trial courts for further proceedings.

The facts in Bisatti were similar, except that the damaged property was commercial (and State Farm was not involved). The wrinkle was that the appraisal clause in GuideOne’s policy was “unilateral”—it could be invoked only by the insurer, which had refused to do so when the policyholder requested it before the lawsuit. This distinction did not affect the viability of the policyholder’s claim under the Prompt Payment Act. The Supreme Court held, however, that its previous cases had not resolved “whether payment of an appraisal award under a unilateral clause would have the same effect” as to claims of breach of contract or bad faith. It, therefore, remanded that issue for consideration by the trial court, along with the prompt payment claim.