CONCLUSORY OPINIONS ARE NOT COMPETENT EVIDENCE 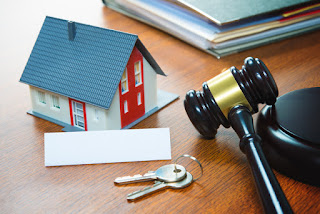 In this legal malpractice case, the Dallas Court of Appeals confirmed that an expert’s conclusory causation opinion cannot create a fact issue to defeat summary judgment. NexBank filed suit against its former lawyers, alleging the lawyers were negligent in connection with a loan and subsequent non-judicial foreclosure. The foreclosure resulted in a deficiency, and NexBank claimed the lawyers’ negligence prevented it from fully recovering the deficiency from the loan guarantor and forced NexBank to settle with the guarantor for less than it should have.

The lawyers filed a no-evidence summary judgment motion arguing, among other things, that NexBank had no evidence of causation. In response, NexBank offered the affidavit of an expert witness who opined that the lawyers should have taken several identified steps to ensure a valid foreclosure and that, because of the lawyers’ alleged negligence, NexBank would have lost the litigation against the guarantor had that case gone to trial. The Court of Appeals agreed with the trial court’s determination that this testimony was conclusory and constituted no evidence of causation. It held the expert did not “explain how an invalid foreclosure would have caused NexBank to lose the Guarantor Litigation had that case gone to trial.” “Instead, without linking any facts to his conclusion, he summarily announces it is more likely than not that NexBank would not have prevailed.” An expert’s “conjecture, guess, or speculation will not suffice” as proof of what would have occurred had the litigation against the guarantor proceeded to trial. Summary judgment for the lawyers, therefore, was appropriate.