BE CAREFUL: THE MANDAMUS CLOCK MAY START TICKING SOONER THAN YOU THINK 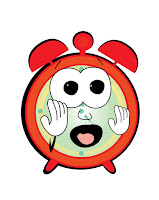 Can a judge’s email to her court administrator start the clock on mandamus review?

Turns out, it can. In a personal-injury case, Yamaha designated the paramedics who transported the victim to the hospital as responsible third parties under Chapter 33 of the Civil Practice and Remedies Code. Plaintiffs later moved to strike that designation because Yamaha had not adduced evidence that the paramedics “engaged in willful and wanton negligence,” which Plaintiffs contended was the proper standard for assessing their conduct. After a hearing held shortly before the scheduled trial date, the judge sent an email to her court administrator, listing all the motions that had been addressed at the hearing, stating her ruling on each motion, and asking for orders to be supplied for each. The email showed the motion to strike the responsible-third-party designation as “Granted.” The administrator forwarded the email to counsel, asking them to submit proposed orders. Meanwhile, trial was postponed for about 9 months. The judge didn’t sign an order striking the responsible-third-party designation until about 7 weeks before the new trial date. Yamaha filed its mandamus petition about 4 weeks later—only 3 weeks before trial and 8 months after the email that stated the trial court’s ruling on the motion to strike.

The Dallas Court of Appeals denied the petition, finding Yamaha had “waived through delay” its right to pursue mandamus relief. The Court held that, even though no formal order was signed until months later, “the trial court’s e-mail ruling was sufficiently clear and direct to be reviewed through mandamus,” and that signing a formal order “was merely a ministerial act.” The lesson: A party concerned about a “clear and direct” adverse ruling cannot sit back and wait for a formal order before pursuing mandamus relief—particularly not until right before trial. Rule 52 does not require a formal written order before relief can be sought. It requires only “a concise description of the [trial court’s] action from which the relator seeks relief” and directs the relator to attach to its petition a “certified or sworn copy of any order complained of, or any other document showing the matter complained of.”

The pain of “waiver through delay” here was perhaps softened somewhat here by an alternative ruling. The Court held that, even if the mandamus petition had been timely filed, it posed “an issue of first impression not appropriate for mandamus review.” Issues of first impression can be addressed on mandamus, but only if the principle of law on which the relator relies is “positively commanded and so plainly prescribed under the law as to be free from doubt.” The question presented here—the standard by which the paramedics’ conduct should be measured—did not rise to that level of clarity or certainty.