UTILITY NOT LIABLE FOR CONTRACTOR’S NEGLIGENCE 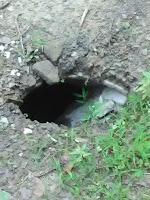 Whether an owner or primary contractor can be held liable for personal injuries caused by the negligence of an independent contractor is often an important issue in cases arising out of residential, commercial, or utility construction. In AEP, the Texas Supreme Court refused to lower the bar required to impose vicarious liability in such cases.
Marta Arredondo was injured when she stepped into a hole in her yard allegedly created by the removal of a “stub pole” by T&D Solutions, a contractor hired by AEP, an electrical utility. (A stub pole is the remaining “stub” of a utility pole after the electrical wires and the top of the pole are removed.) She sued AEP and T&D; the trial court granted summary judgment for both defendants. The San Antonio Court of Appeals reversed, and the companies filed petitions for review.
The Supreme Court reiterated the general rule that “one who employs an independent contractor has no duty to ensure that the contractor performs its work in a safe manner.” That presumption can be overcome if the primary party (here, AEP) retained the right to control “the method and means” of the contractor’s work. Reversing the court of appeals and following its own holdings in similar cases, the Court rejected the proposition that sufficient control is created by contractual provisions that require (1) the contractor to “have an authorized representative at the [work site] to whom [AEP] may give instructions” or (2) the work to “be done as expeditiously as possible and the premises restored immediately.” Nor was the removal of a stub pole an “inherently dangerous” activity that would have imposed a non-delegable duty on AEP.
The Court affirmed the intermediate appeals court’s holding that T&D was not entitled to summary judgment because there was conflicting evidence of whether it had properly filled the hole after removing the pole. Arredondo’s negligence claim against T&D was remanded to the trial court.