THE NARROWED SCOPE OF “MATTERS OF PUBLIC CONCERN” UNDER THE TCPA, AS AMENDED 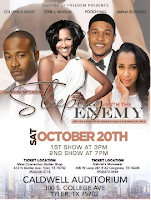 In 2019, the Texas Legislature amended the TCPA “with the intent to narrow its scope” for actions filed on or after September 1 of that year. In Vaughn-Riley, the Dallas Court of Appeals provided an early glimpse of how it regards the amended version of the TCPA to limit the “matters of public concern” that trigger coverage under the Act. And while the plaintiff surely welcomed the result here, the appeals court’s reasoning probably stung a bit for someone, like her, in show biz.
Lawainna Patterson’s play, Sleeping with the Enemy, was set for back-to-back performances in Tyler. After the matinee, a dispute arose between the actors and crew and the producers, leading to cancellation of the evening show. Terri Vaughn-Riley, one of the actors (identified as “Vaughn” in the opinion), posted a video on Instagram voicing her frustrations with the situation. Patterson and others associated with production of the play sued Vaughn and the other actors, alleging breach of contract and “defamation, slander, and libel.” Vaughn moved to dismiss under the TCPA, arguing that “Patterson’s legal action was ‘based on or is in response to’ Vaughn’s exercise of the right of free speech or right of association” regarding the play and Patterson, its author. Specifically, Vaughn argued that “her communications and actions relate to matters of public concern because they (1) pertained to Patterson, who she claims is a limited purpose public figure, (2) involved the quality and timeliness of the public performance of a theatrical work, and (3) concerned a service in the marketplace.” The trial court denied the motion, and the Court of Appeals affirmed.
The appeals court began by noting that the Legislature had redefined “matters of public concern” before this lawsuit was filed, with the intention of narrowing the applicability of the TCPA. Drawing on legislative history, the Court reasoned that whether something qualifies as a “matter of public concern” is to be measured by the United States Supreme Court’s formulation in Snyder v. Phelps: “communications are matter[s] of public concern when they can ‘be fairly considered as relating to any matter of political, social or other concern to the community’ or when it ‘is a subject of legitimate news interest; that is, a subject of general interest and of value and concern to the public.’” 562 U.S. 443, 453 (2011). The Dallas Court concluded “there is nothing to suggest that the cancellation of the second performance of a play in Tyler, Texas, was the subject of general interest and of value and concern to the public.” Ouch. Further, the Court said, “Patterson’s status as cowriter and producer of the play,” coupled with a brief public interview about the dispute, do not “make Patterson a limited purpose public-figure.” Ouch, again. The Court then rejected Vaughn’s final argument—that the dispute related to a service in the maketplace, i.e., the play—because “the legislature’s 2019 amendments to the Act specifically removed issues related to ‘a good, product, or service in the market place’ from the definition of ‘matter of public concern.’”