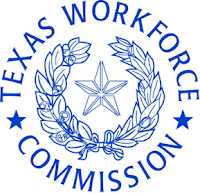 In the context of reviewing the denial of a plea to jurisdiction, the Dallas Court of Appeals has held the Texas Commission on Human Rights Act (TCHRA) prohibits discrimination based on a person’s sexual orientation or transgender status. It is the first court to do so.
The Court acknowledged that “no Texas state court has addressed the issue of whether discrimination based on sexual orientation is prohibited under the TCHRA,” and the parties and trial court had in fact assumed the statute did not do so. But the appeals court noted that a stated “general purpose” of the TCHRA is to “provide for the execution of the policies of Title VII of the [federal] Civil Rights Act of 1964 and its subsequent amendments,” and so it “look[ed] to federal law for guidance.” Until very recently, federal authorities (including the Fifth Circuit) had held Title VII prohibited “sex discrimination—not sexual orientation or transgender discrimination.” But while the Sims case was on appeal, the United States Supreme Court decided Bostock v. Clayton County, Georgia, 140 S. Ct. 1731 (2020), holding that Title VII’s prohibition of discrimination “because of … sex” does extend to and prohibit discrimination based on sexual orientation or transgender status. “In order to reconcile and conform the TCHRA with federal anti-discrimination and retaliation laws under Title VII,” the Dallas Court concluded it “must follow Bostock and read the TCHRA’s prohibition on discrimination ‘because of … sex’ as [also] prohibiting discrimination based on an individual’s status as a homosexual or transgender person.”
Justice Schenck filed a separate opinion, concurring in the result (finding jurisdiction in the trial court) but dissenting for a variety of reasons from the majority’s pronouncement extending the scope of the TCHRA. The trial court had not had the opportunity to review the issue in light of Bostock. No party or amicus before the appeals court had addressed the issue “in an adversarial posture”—i.e., after Bostock, they all agreed with the extended scope articulated by the majority. The pronouncement was unnecessary to the determination of jurisdiction, because jurisdiction clearly existed on grounds other than the TCHRA—which Sims had not expressly pleaded, given the state of the law when she filed her lawsuit. And, on the “merits,” the law of Texas in 1983 when the TCHRA was enacted—including statutes that prohibited same-sex marriage and criminalized homosexual conduct—was such that the legislature at that time could not reasonably be understood to have included discrimination on the basis of sexual orientation within the prohibitions of the TCHRA or to have envisioned or intended that a change in federal law 40 years later would have that effect on this Texas statute.