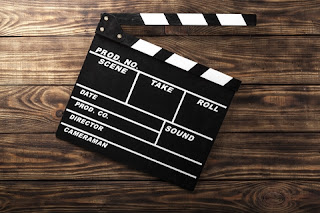 This case arises out of Anubis Pictures’ attempted financing of a film based on a screenplay written by the late Stanley Kubrick. When the deal fell through, Anubis sued its would-be business partner for, among other things, violation of an NDA and letter of intent. The trial court granted summary judgment against Anubis on all claims, and Anubis appealed.
Anubis argued the trial court should not have granted summary judgment on its NDA claims because fact issues existed regarding whether the defendant had misused confidential information provided to her. The Court of Appeals disagreed. The NDA required that, for written material to be considered confidential, it must be marked confidential on its face. None of the emails or other materials at issue had been explicitly marked confidential when sent to the defendant, and a later email stating “Please do not forward the script” did not retroactively protect the script as confidential.
Anubis also argued that, even if the documents were not marked confidential, the parties treated them as confidential, as evidenced by the defendant’s request for permission to share the script and information about the project with some of her contacts. The Court did not reach the merits of that argument because it noted that, as to the documents the defendant asked for permission to disclose, she had permission to disclose them.
Anubis also complained the trial court erred in granting summary judgment on its claim for breach of a letter of intent, but the Court rejected that argument as well. It was undisputed that the defendant never signed the letter of intent, but Anubis argued the parties had an oral agreement to proceed in accordance with the terms, regardless of whether it was signed. The Court looked back at the NDA, which was the only agreement signed by both parties. It provided that neither party was “bound to proceed with any transaction between them unless and until both parties signed a formal, written agreement setting forth the terms of such transaction.” This “No Obligation to Complete Transaction” provision prevented the formation of an oral contract on the letter of intent as a matter of law.
*Justice Bill Whitehill participated in the oral argument and submission of this case, but not the issuance of the opinion, which occurred after the expiration of his term on December 31, 2020.