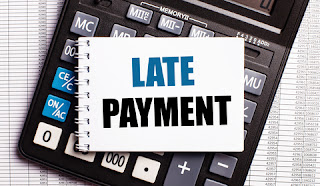 The Texas Supreme Court has once again rejected the argument that by eventually paying an appraisal award, an insurer can avoid liability under the Prompt Payment of Claims Act, chapter 542 of the Texas Insurance Code.
As discussed last April in this blog, linked here, the Court has in recent years addressed several scenarios involving an insurer’s payment of an appraisal award long after the deadline imposed by the Prompt Payment Act. In each case, the Court held the insurer was potentially liable for the penalties imposed by the Act, including interest at 18% under section 542.060(a). Hinojos presents a slight variation on the theme. Rather than rejecting the claim, State Farm accepted the claim and paid the amount it determined was due ($2000) within the time period required by the Act. Fifteen months after the policyholder filed suit, Start Farm invoked the policy’s appraisal process. Shortly after the appraisal award was issued—about two and a half years after Hinojos submitted his claim—State Farm paid an additional $23,000. State Farm sought summary judgment on the grounds that “timely payment of the appraisal award precludes prompt payment damages under Chapter 542.” The trial granted summary judgment, and the court of appeals affirmed.
The Texas Supreme Court reversed and remanded. Finding that its previous decisions, including Barbara Technologies Corp. v. State Farm Lloyds (2019) and Alvarez v. State Farm Lloyds (2020), applied to these facts, the Court reiterated, “State Farm’s payment of the appraisal award outside the statutory deadline does not relieve it of Chapter 542 liability.” The Court held the result was compelled by the text of the Act and supported by public policy: “Otherwise, an insurer could pay a nominal amount toward a valid claim to avoid the prompt payment deadline that the Legislature has imposed.”
The dissenting Justices argued the language of the Act and the cases on which the majority relied did not support the majority’s conclusion. While they acknowledged concern about giving insurers “an incentive to low-ball insureds and hope they will accept the initial offer,” the dissenters noted “statutory claims are available against insurers” acting in bad faith, and insisted the Court’s “job is to apply the statutory text, not to worry about whether the text wisely aligns the incentives.”